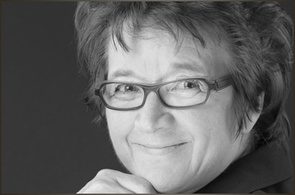 Performing on Sankyo Flutes Since 1990

"What I especially appreciate in Sankyo flutes is the diversity of headjoint styles and materials. This enables each type of player to find the ideal instrument and the desired personal timbre/quality of sound.”

In 1983, she founded the ensemble Vienna Flautists, a group of eight lady flutists playing flutes from the contrabass to the piccolo. In 1997, she founded the Jubal Trio Vienna for flute, cello and piano. She has given concerts in Europe, Asia and America, and she has recorded eight CDs for the labels Orfeo and Discover.

Every year, Barbara Gisler-Haase teaches master classes for Allegro Vivo, the Vienna Music Seminar and the Vienna Master Classes, as well as seminars on didactics. She has been invited regularly to hold master classes in many different countries.