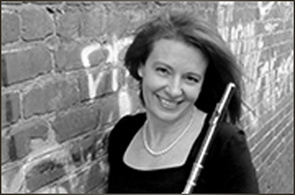 Performing on Sankyo Flutes Since 1984

A native South Carolinian, Cynthia Hopkins earned both a BME and MM in flute performance from the University of South Carolina, where she studied with Constance Lane. In the years following, she enjoyed postgraduate study with Judith Mendenhall, Paul Renzi, Carl Hall and Louis Moyse.

Ms. Hopkins is a highly experienced solo, chamber and symphony musician. She has held positions with the South Carolina Philharmonic since 1986 and the Augusta (GA) Symphony since 1988, and has worked with the Greenville, Long Bay, Charleston and Norfolk Symphonies, and the Myrtle Beach Philharmonic.

Her solo performances include appearances with the South Carolina Philharmonic in 2001 and the Long Bay Symphony in 1996, and guest artist recitals at Charleston Southern University in 2007 and St. John’s Lutheran, Charleston in 2008. In the fall of 2013, Ms. Hopkins was the featured soloist with the Furman University Wind Ensemble in a premier performance of Jess Turner’s Concertino Caboclo.

Ms. Hopkins is passionate about education and music pedagogy. She has owned and run her own private studio since 1987, and after teaching at Columbia College and Columbia International University, she joined the faculty of Furman University in 1997.