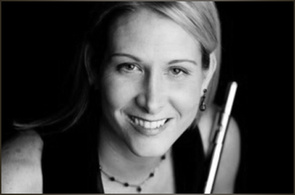 Performing on Sankyo Flutes Since 2011

“I first heard the beautiful sound of a Sankyo flute when Alain Marion played in our lessons at the Paris Conservatory. I was mesmerized and knew I had to play one. I purchased my first Sankyo flute and fell absolutely in love with its rich sound, ease of articulation, beautiful color range and responsive mechanism. I have tried many other flutes, but always return to Sankyo, because for me, Sankyo flutes surpass all others. My students who play Sankyo flutes are thrilled with their instruments and receive consistent comments from judges, audition committees and critics regarding the exceptional depth and individuality of sound of Sankyo flutes.”

FLUTIST DIONNE JACKSON was the first American in more than a decade to receive First Prize in Flute from the Paris Conservatory of Music, where she studied with the legendary teaching duo Alain Marion and Raymond Guiot. She also received First Prize in Chamber Music and performed solo recitals in Paris, Bordeaux, Marseille, Nice, Tours, Toulouse, and Monte Carlo while on a Fulbright grant in Paris. Her first solo CD, of Paris Conservatory test pieces, Parisian Inspirations, will be released in 2017.

In her native Chicago, Jackson has held the position of assistant principal flute with Lyric Opera of Chicago since 2001. She also performed regularly for more than a decade as a substitute with the Chicago Symphony Orchestra. As guest assistant principal flute for the 2008–2009 season, she performed with the orchestra at Carnegie Hall and on international tours to Asia under the batons of Pierre Boulez and Bernard Haitink. During the 2015–2016 season, she performed at Carnegie Hall with the Boston Symphony Orchestra under Andris Nelsons and was invited to perform second flute in “Symphony No. 9” on the 2016 CD Shostakovich Under Stalin’s Shadow, part of a BSO project with Deutsche Grammophon.

Jackson is a graduate of The Juilliard School, where she studied with Julius Baker; while at Juilliard, she played substitute flute and piccolo in the New York Philharmonic under Kurt Masur, Riccardo Chailly, and Valery Gergiev. She also holds a bachelor’s degree and performer’s certificate from Indiana University. She has served on the music faculties of Roosevelt University–Chicago College of Performing Arts and the University of Connecticut. Jackson is a frequent performer and master-class guest.