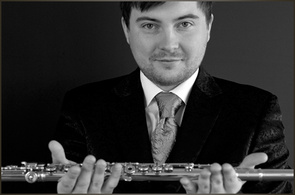 He performs as a soloist in Europe, Japan, China and the USA. He has played with famous conductors such as Zubin Mehta, Krzysztof Penderecki, Jacek Kaspszyk, Mariss Jansons, Stanislaw Skrowaczewski, Helmuth Rilling, Jerzy Maksymiuk and Gabriel Chmura. Mr. Dlugosz has performed Krzysztof Penderecki’s Flute Concerto under the baton of the composer several times. In January 2010, he made his debut with the London Symphony Orchestra and made a recording of Michael Colina’s Flute Concerto.

He has made several recordings for Polish, German and French Radio Stations. He has also recorded for SONY, NAXOS, CPO, DUX and Fleur De Son.