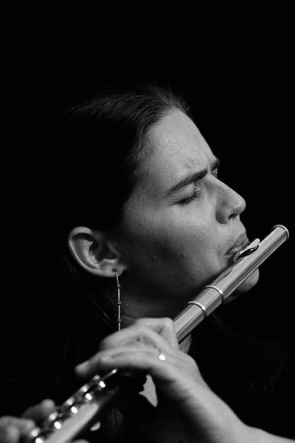 Born in Havana, Cuba, in 1977, Niurka González began her musical studies at age 10 at a specialized school of music in Havana. Subsequently, she crossed the Atlantic to study in Paris at the Conservatoire National Supérieure as a student of Sophie Cherrier where she won first prize at the graduation exams in 1997. In 1999, she obtained the Gold Diploma from the Instituto Superior de Arte de La Habana. She graduated in 2012 with the Pre-doctoral Diploma in Hispanic Musical Heritage and in 2017 with her master’s degree in management of the historical-documentary heritage of music, both granted by the San Gerónimo de La Habana University College (University of Havana).

Both as a soloist and chamber musician, she was awarded with prizes in national competitions. She has been on the international concert scene as a soloist and as chamber music partner, and she has represented Cuba at the Mozart Woche in Salzburg in 2015 as well as festivals in Ecuador, Brazil, Mexico, United Kingdom, France, among others, where she has performed concerts.

Niurka González has recorded the CD "Flauta Virtuosa" and CD Havana-Paris (Ojalá) and En Viaje (Colibrí). She carries out a systematic work that encourages the exchange and teaching of her instrument between Cuban students and flutists with instrumentalists from different countries.

Currently, Niurka is soloist at the National Center for Concert Music of the Institute of Music of Cuba and is part of the group of musicians that accompanies the troubadour Silvio Rodríguez. She has also collaborated with pianist María del Henar Navarro since 1996 as the Ondina Duo and assists as a flute teacher at Instituto Superior de Arte de La Habana, Cuba.