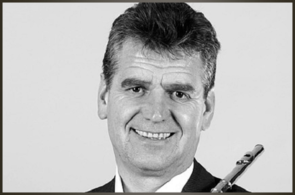 Munich’s Academy of Music and Theatre

Performing on Sankyo Flutes Since 1987

Philippe Boucly is Principal Flute of the Bavarian Radio Symphony Orchestra in Munich, one of the leading orchestras in Europe. Prior to this appointment, he was Principal Flute of the German Opera Orchestra of Berlin and the Orchestre National du Capitole de Toulouse. His solo career and his chamber music performances as a member of Linos Ensemble keep him travelling all over the world.

He is recognized internationally as a leading artist, author and teacher. Philippe Boucly has been Professor of Flute at Hochschule für Musik und Theater Munich since 2008. Trained in the French school of flute playing, he is very active as a pedagogue presenting master classes in Europe, Japan, Korea and South East Asian.