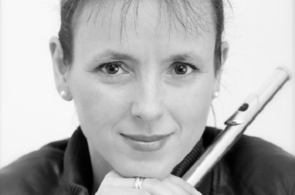 “Sankyo Flutes are technically really sure, strong and reliable. They produce a warm sound with charm and emotion. Sankyo flutes have heart.”

Sabine Poyé Morel was born in Tours, France where she studied flute with Isabelle Ory-Grangeponte.  She continued her studies at the Conservatoire National Supérieur de Musique de Paris in the class of Pierre-Yves Artaud.

Having been a member of the Orchestra Français des Jeunes under the direction of Marek Janowski, Sabine Poyé Morel was appointed as Solo Flutist of the Lorraine National Orchestra in 1998. In 2002, she joined the prestigious Tonhalle Orchestra in Zurich as Solo Flutist. She teaches at the Musikhochschule Zürich.