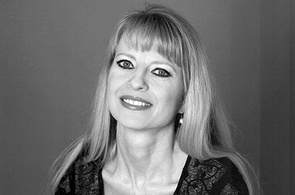 "For all these years playing on my Sankyo flute, it has been so reliable and I have been very happy performing on it. It has a beautiful natural sound and flexibility which allows me to easily get a lot of colors. My Sankyo flute helps me to express myself by responding completely to my musical wishes."

After her studies in Lyon (France), Sophie Perrier made her professional debut with the Lyon National Orchestra when she was only 18 years old. In 1982, she moved to Paris to study with Michel Debost at the Conservatoire National Supérieur, having been awarded a unanimous first prize in 1985. That same year, she performed as a member of the French Youth Orchestra under Emmanuel Krivine, the Paris Orchestra and the Ensemble Intercontemporain, directed by Pierre Boulez. In 1987 she was selected by the Karajan Foundation in Berlin where she pursued post graduate studies with Karlheinz Zoeller, flute soloist with the Berlin Philharmonic.

Sophie Perrier has always been particularly dedicated to chamber music having been a member of several chamber groups, notably the “Jung Bläser Europas”, with whom she participated in the Hitzacker Festival (Germany) in 1985, touring the Middle East and Europe.

Sophie Perrier made her solo debut in France with the French Chamber Orchestra and was awarded prize recipient from the Georges Cziffra Foundation. This led to the beginning of her career abroad, giving recitals in such venues as the Budapest Spring Festival and the Keszthely Summer Festival (Hungary). Since 1994 she has performed extensively in Portugal with the pianist Lucjan Luc and the harpists Maria Rosa Calvo-Manzano and Stéphanie Manzo.

Since October of 1989 Sophie Perrier has been principal flute with the Gulbenkian Orchestra in Lisbon, Portugal where she has also been featured as a soloist.