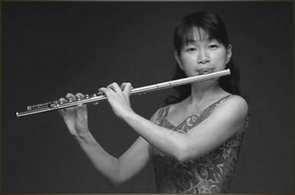 Lecturer at the Tokyo National University
of Fine Arts and Music

Lecturer at the Kunitachi Music University

Performing on Sankyo Flutes Since 1980

Yumiko Sakuma has performed all over Japan with renowned orchestras such as the NHK Symphony Orchestra in Tokyo. She is highly motivated to develop the further possibilities of flute music, especially in the field of chamber music, and she has always been in the spotlight as one of the top flutists in Japan. Sakuma has been a pupil of Akiyasu Miyamoto, Hiroshi Hasegawa, Alain Marion, Raymond Guiod, and Christian Larde.